IPL 2022: Have been backed all the way through, says Gujarat’s Miller on good form 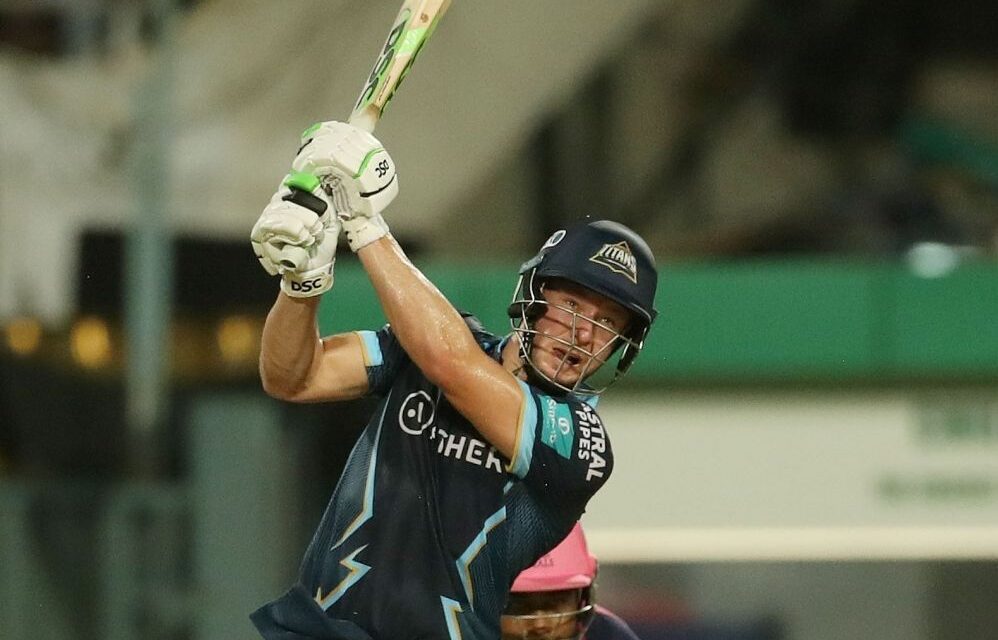 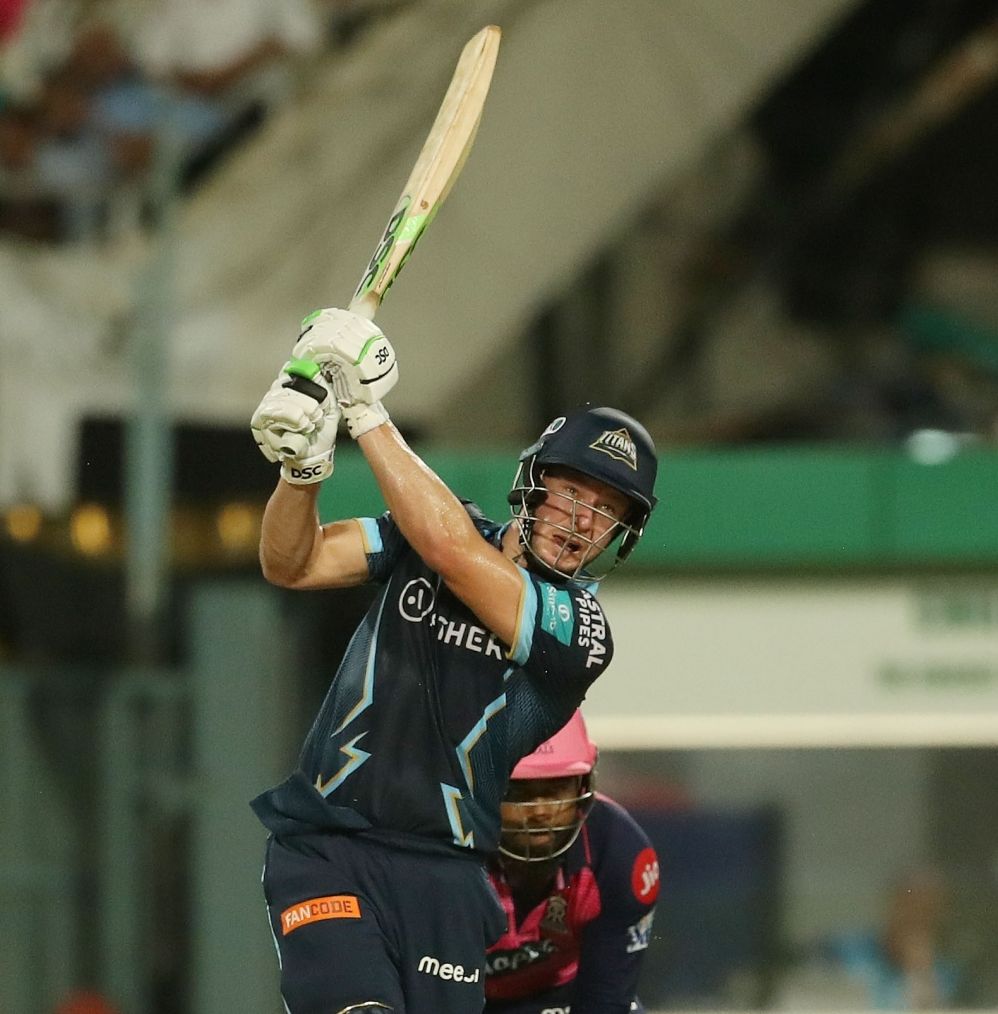 Ahmedabad, May 28: In Gujarat Titans’ impressive run to final of IPL 2022, David Miller has been one of the key factors in the newbies grabbing a chance to play the title clash at their home ground, Narendra Modi Stadium, on Sunday against Rajasthan Royals.

Ironically, Miller’s success in the tournament, 449 runs in 15 matches at an average of 64.14 and strike-rate of 141.19, reached its high point when he blasted an unbeaten 38-ball 68 against Rajasthan, his former franchise, in Qualifier 1. Miller points his good form to regular game time at Gujarat, compared to just 10 games with Rajasthan in 2020 and 2021 seasons, where Jos Buttler, Jofra Archer and Ben Stokes were present.

“Definitely something which has changed is that I have played every game. The last four-five years in the IPL, had a bad season in 2016 (with Punjab Kings) and since then, haven’t really felt backed at all. It’s the nature of the IPL in the sense that there are a lot of overseas players and only four can play. It’s very understandable for teams to think like that. I had to go back and really work on my game and try to find a way to get it going although I felt good playing for South Africa and domestic teams at home,” said the left-hander in the pre-final virtual press conference.

Apart from featuring in all matches for Gujarat, Miller also credited the backing he’s received from the IPL newbies. “The gap to find an opportunity and team, that’s what happened in the season. I have been backed all the way through, played all games which has allowed you to settle and to really not worry about the selection, more so about actually winning the games.”

Miller has usually been proficient against pace and spin in his playing career. But in IPL 2022, the numbers say that he’s performed well against spin — with a strike rate of 144.36 as compared to 138.92 against pace.

Moreover, he averages 96 against spin as compared to 51.4 against pace. He puts it down to changing his mindset against playing spin for fuelling his resurgent run in the tournament.

“When there’s a bad ball, I am looking to score off every ball and if a bad ball comes, I am in a good position to put it away for six. It creates a bit of pressure on the bowler as opposed to a bowler settling against me. That’s been one of the things I have tried to improve mentally and, in the season, batting a little bit higher, I was actually always batting at five.”

It’s not surprising that playing all matches for Gujarat and continuously batting at five has got Miller the results he aimed for. “I have managed to get a bat in almost all the matches in this season. It’s been really enjoyable in that sense; I am not in and out. I have managed to build something throughout the season and managed to keep the confidence going. Really enjoyed it and the environment has a big part to play in all of our performances.”

Miller gave a sneak peek into his preparation during IPL 2022 matches, revealing that he relies on mental visualisation and works mainly on his bat swing. “This particular IPL, I have just really been working on my swing and rhythm, the tempo of my swing. Really sort of grooving that swing of mine, so it’s a just a feel kind of thing for me. I feel like I have been around for some time and whenever I am training, I have always in my mind thinking of the game scenario, not seeing about getting 20 runs in the last six balls or so.

“Every single ball I face in the nets, always thinking of where fielders would be or what kind of situation I would be in, which I have been doing for the last eight, nine or ten years of my career. When you are hitting the ball, you aren’t necessarily just hitting balls and have an actual purpose towards it. You can never have same kind of scenarios or pressure in the training, but I play those scenarios in the mind as much as you can so that you are aware when it actually comes.” 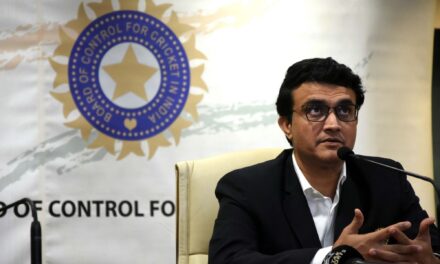 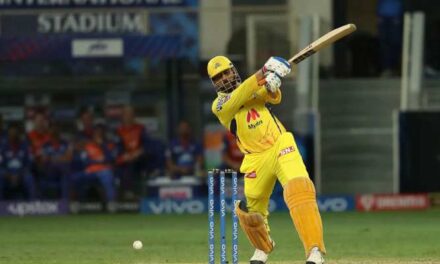 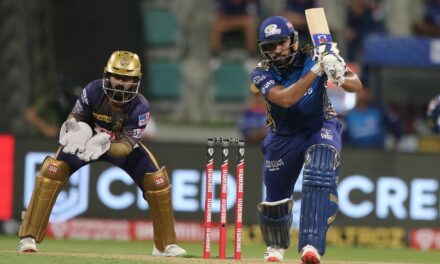 MI stroll to 49-run win over KKR, their first in UAE 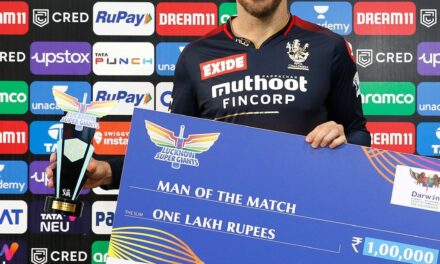 IPL 2022: RCB skipper Du Plessis happy to bail out his team from a tricky situation