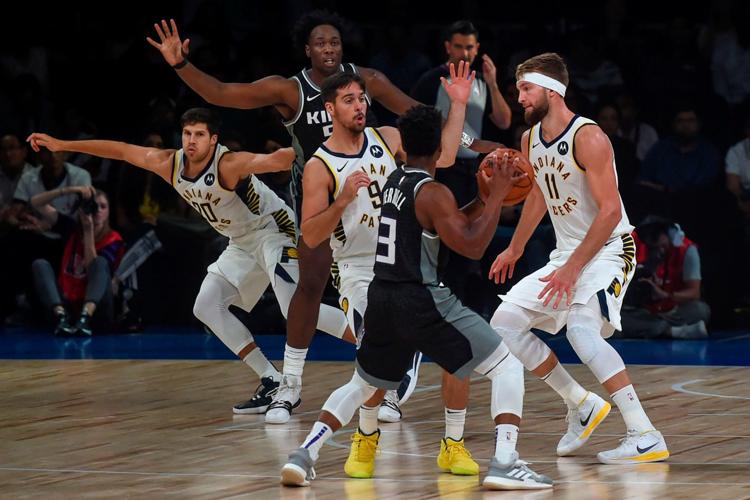 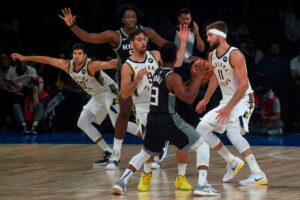 The Indiana Pacers beat the Sacramento Kings 132-131 in overtime, Oct. 4, in the first match of the two-game series in the first NBA League game played in India. The games were held at the NSCI Dome in Mumbai, and were a longtime dream of Kings’ owner Vivek Ranadivé , a native of India.

“This is a historic day, but for me it’s a dream come true,” news reports quoted Ranadivé as saying at a news conference before the game in Mumbai. “I left Bombay when I was 17 years old and literally I had $50 in my pocket, so to come back here with my NBA team and also bring my friend (Indiana owner) Herb Simon with his team and to play an actual NBA game is beyond my wildest, wildest imagination.”

The Oct. 4 game had some special guests — 3,000 students from more than 70 schools, in partnership with non-profit organization Reliance Foundation. NBA Commissioner Adam Silver and Deputy Commissioner Mark Tatum were also at the game.

“I get so excited about it because it’s all opportunity,” news reports quoted Tatum as saying. “It’s all opportunity that we see in terms of growing this game of basketball and growing the NBA on a global basis. The time is now to take advantage of these opportunities. We have people on the ground in these places who are very, very capable,” he said.

“These games are not just a one-time thing,” Tatum said. “We will continue to build off of this,” he said, adding, “It’s not just the first ever NBA game in India — it’s the first time teams from a North American sports league have ever played in India, according to the NBA.”

Although this is the NBA’s first game in India, ESPN reports that “the league has had a presence in Mumbai since 2011, promoting basketball initiatives in the country.” The NBA Academy India was opened in 2017 in Delhi to help develop top male and female basketball prospects.

According to ESPN, more than 3-million fans in India follow the NBA on Facebook. Over 300 live NBA games are available to viewers in India each season. In fact, fans in Sacramento often welcome Indian viewers just before tipoff.

Speaking at a news conference after the games were announced last December, NBA Commissioner Adam Silver said the inaugural NBA India Games “will help further untap the enormous basketball potential in a country with a thriving sports culture and a growing, young and engaged population.”

Ahead of the game, the Pacers tweeted photos of the team riding colorful Tuk Tuks, meeting celebrities like Priyanka Chopra, and practicing for the big game in the Dome.

The Kings took a detour to visit the Taj Mahal in Agra, before teaming up with the Pacers to hold a basketball clinic for young students. Ranadivé posted a photo on Twitter of the team at the Taj Mahal, writing, “The Taj Mahal is the ultimate monument of love, and basketball is all about love.”

In the lead-up to the games, Mumbai’s Gateway of India was lit up with the NBA colors and logo. It also received a mention in President Donald Trump’s speech at Houston’s “Howdy,Modi!” event on Sept. 22. “Very soon, India will have access to another world-class American product — NBA basketball,” Trump said, before joking to Modi, “Am I invited, mister prime minister? Be careful, I may come!”

The league is also playing preseason games in China and Japan this season. 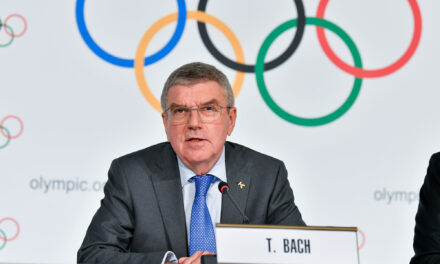 IOC to ‘work with full engagement’ towards safe Olympics 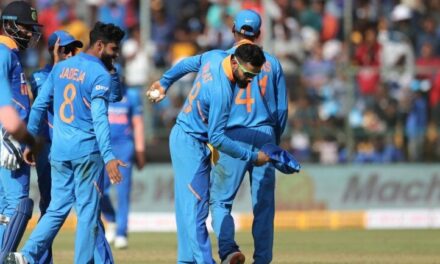 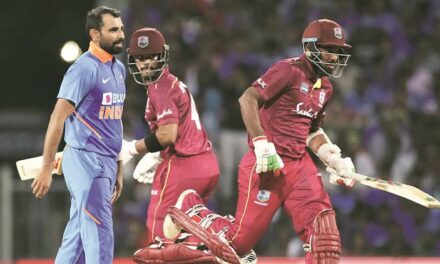 India vs West Indies: Rolling Out the ODI Red Carpet At Vizag 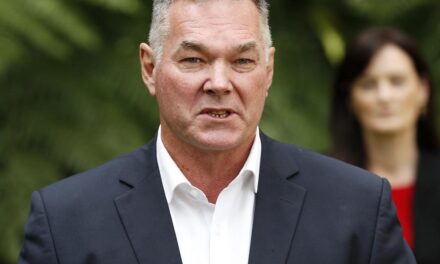