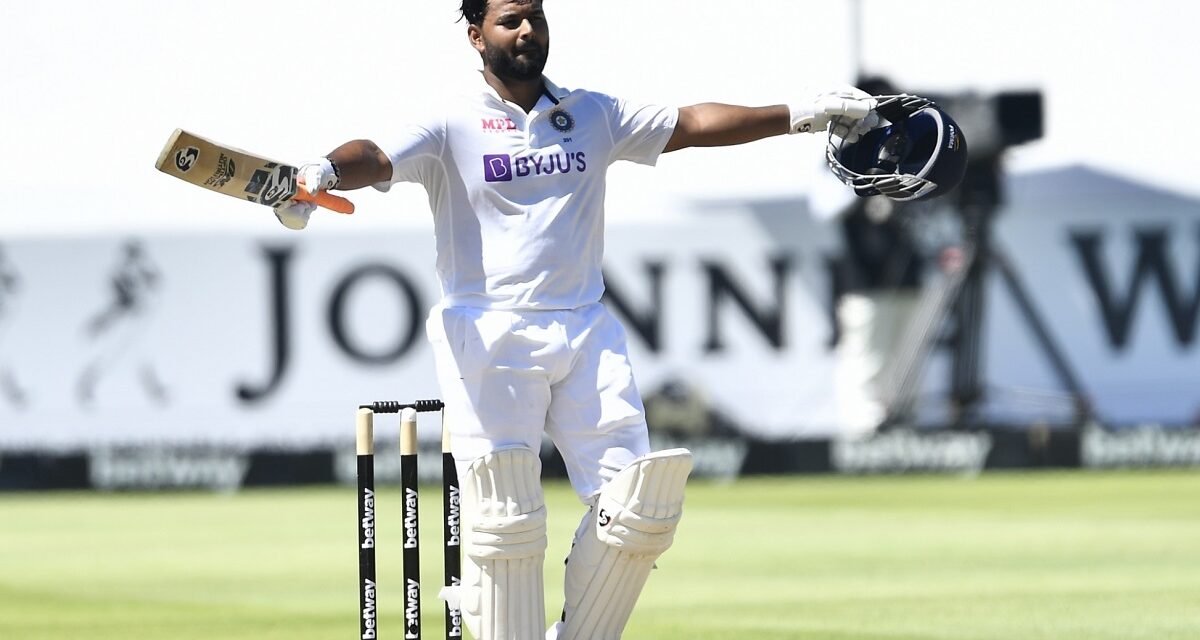 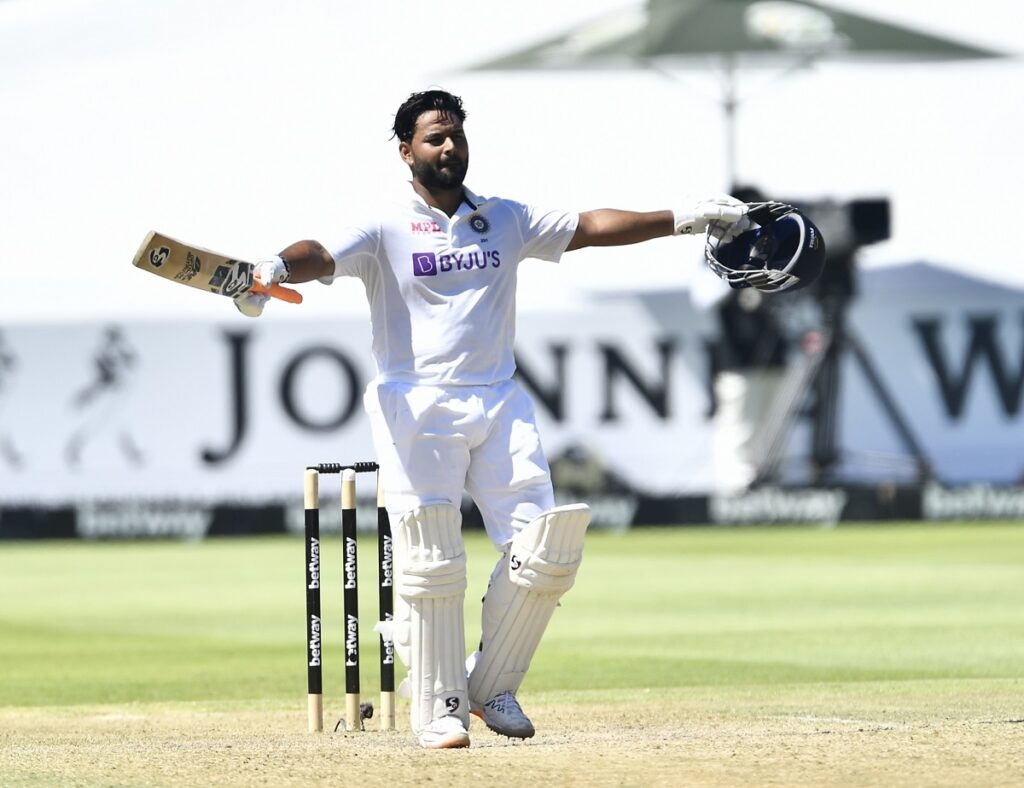 Cape Town, Jan 13: In another day of see-saw action of the third Test between South Africa and India at the Newlands Cricket Ground, things are evenly poised. Keegan Petersen is unbeaten at 48 as South Africa lost Dean Elgar at the stroke of stumps to be 101/2 and need 111 runs to win the series. For India, Rishabh Pant’s high-quality hundred was crucial in setting a target of 212.

South Africa began well with Aiden Markram getting some streaky boundaries through the off-side off Mohammed Shami and Jasprit Bumrah. Amid high chatter from the Indian team, Shami extracted outer edge twice from Markram. The first one went for a boundary between gully and backward point. But on the very next ball, Markram again went for the loose pull and outside edge flew to KL Rahul at third slip.

Petersen got off the mark with a well-timed off-drive off Bumrah. Ravichandran Ashwin had Elgar trapped lbw but Elgar reviewed and ball-tracking showed that the ball would go over the stumps, surprising the Indian team.

Post the incident, Petersen played some great-quality shots, cutting Shardul Thakur through off-side, bringing his delightful backfoot punch off Bumrah and reverse sweeping and cutting Ashwin with ease. He then picked a boundary past Pant off Shami followed by a drive through off-side to take South Africa past 100. Bumrah broke the 78-run partnership as Elgar was strangled down leg and Pant dived to his right to take the catch at the stroke of stumps.

Earlier, the day belonged to Pant, who dug his heels, mixed control with aggression and stood tall to stitch a knock which was crucial in taking India’s lead beyond 200. Before this match, Pant had come under heavy scrutiny due to his reckless dismissal in the second innings at Johannesburg. Now, at Cape Town, Pant took his time and played a knock which could prove to be match-winning. To put his high-quality century into context, no other Indian batter managed to get a score past 30 in the second innings.

When he arrived at the crease, India were in trouble at 58/4. A horror start to the day saw them lose Cheteshwar Pujara on the second ball and then Ajinkya Rahane in the very next over. Pujara tried to glance a short ball from Marco Jansen but Petersen, at leg slip, dived to his right for completing a stunning one-handed catch. Rahane, on the other hand, went for a tame poke off Kagiso Rabada but the extra bounce took the glove edge to keeper Kyle Verreynne and evaded him but Elgar took the catch at first slip on rebound.

Pant had to weather the early storm and in the company of a patient Virat Kohli, he began to cut loose. He looked assured at the crease, mixing control with aggression and put away anything loose that was on offer from South Africa’s bowlers towards the boundary rope. Pant began by crunching Rabada for two boundaries off back-foot on both sides of the wicket. He drove well through off-side off Lungi Ngidi and smacked Duanne Olivier by coming down the pitch to loft over extra cover.

Pant’s counter-attack allowed Kohli to take his time and solidify himself from the other end. With the bounce becoming a threat, Kohli was ready to leave everything which was threatening and used soft hands while defending, with anything drifting down leg to be glanced for boundaries. Pant then launched Keshav Maharaj over long-on for a six and reached his fifty with a brace through mid-wicket.

Post-lunch, Pant slog-swept Maharaj and then stepped out to smash one over long-off for consecutive sixes. Kohli’s patient stay of 142 balls ended with him falling for the temptation of driving a wide outside the off-stump delivery. In a quest to score faster, Kohli gave a thick edge on the drive to a leaping Markram at second slip, ending the 94-run partnership as floodgates opened for South Africa.

Ashwin, dropped by Markram at second slip, chased a wide ball from Ngidi and sliced to Jansen at gully. Thakur was drawn into a drive off Ngidi and nicked behind to Verreynne. Pant, quite until then, smoked Olivier over wide long-on for a six and then hooked a short ball over square leg for a four while farming the strike. But he was running out of partners from the other end as Umesh Yadav edged behind to Verreynne off Rabada.

Pant got a reprieve at 88 as Maharaj couldn’t hold on to the chance at backward point off Rabada. Shami looked to pull Jansen, but only managed a top-edge to Rassie van der Dussen near short leg. Pant hit flat to long-off, where Bavuma dropped the catch and allowed the ball to go for a boundary.

Pant reached a well-deserved century with a pull through square leg off Jansen with every member of the Indian team applauding from the dressing room. Jansen ended the Indian innings as Bumrah gave a catch to Bavuma at cover-point to pick his fourth wicket of the match. With eight wickets in hand, South Africa go in as favourites to win on Friday. 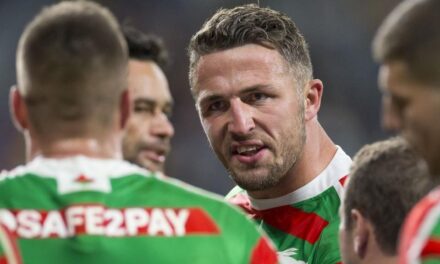 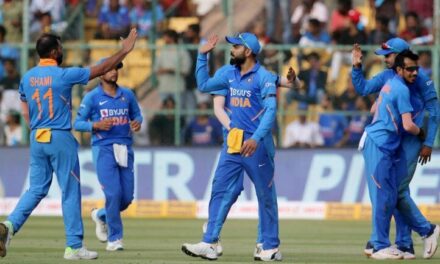 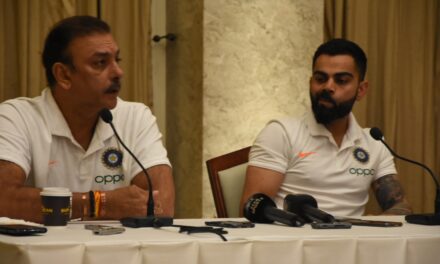 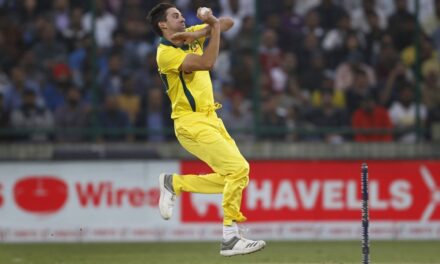