INDIA NEWS and INDIA NEWS TV on YouTube in Australia, bring to our readers and subscribers national and international news, editorials, expert columns, community activities and interviews of political leaders, celebrities, business professionals, academics and sport personalities among others. By drawing upon our team’s decades of experience in the government and business engagements, journalism, academics, policy-making, stakeholder dialogues and community events, we have geared up to keep over 750,000 Indian diaspora, and other Australian and ethnic community members, and key stakeholders in India, updated with the latest news, events and trends in bilateral relationship. The community magazines and papers in Australia have been unable to make the necessary impact in shaping public-policy and strategic-thinking and INDIA NEWS, a fortnightly newspaper fills that critical void in Australian media sphere covering India and Australia-India news. 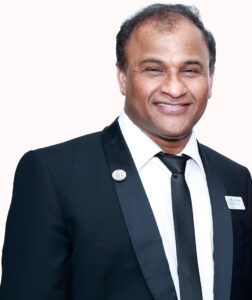 Dr Ram Mohan is the Chairman of India News Group. Born in India, he moved to Australia in 1998, and possesses several decades of experience in academics, business, media, philanthropy and community service.

Dr Mohan obtained his PhD from the University of Madras, India on the “Ecology and Recruitment of Post-larval Penaeid Prawns in the Mangrove and Estuarine Habitats of Cauvery Basin in India. He has received the UNESCO fellowship at the Netherlands Institute for Sea Research (NIOZ) to work on the effects of PCB’s on plaice, Pleuronectesplastessa, in the North Sea. Post-PhD, he joined the faculty at the School of Agriculture, Sultan Qaboos University, Oman where he focussed on the ecology and fisheries of penaeid prawns and tropical rock lobsters.

Prior to his migration to Australia, he was deeply engaged in the field of Marine Science and Fisheries, and presented at international conferences, including in Australia and New Zealand and won the best research paper award in the International Lobsters conference at Queenstown, New Zealand. The visit left an indelible mark on his outlook and thinking and convincing him to migrate to Downunder in 1988.

In Australia, he pursued a successful career as a lecturer at the Charles Darwin University in the Northern Territory and later joined the University of Queensland as a lecturer in Biological Sciences. Twenty years ago, when there was little awareness about at climate issues, at UQ he became a pioneer in championing the cause of banning single use plastic bags and introducing Eco Bags for regular use. Soon he started his business in manufacturing eco-friendly bags.

Not content with his academic pursuits, and yearning for more in life, Dr Ram Mohan joined the Australian Border Security as a quarantine officer, and soon after starting his own business in 2007.

Dr Mohan has held leadership roles successfully throughout his professional life, alongside volunteering and serving the Indian and multicultural community in Australia. He has been a source of inspiration to the younger generation in the field of education, sports and community work.

As a Chairman and Editor-in-Chief, Dr Mohan has published a successful community monthly magazine, India News Queensland for four years, which has now been transformed into a fortnightly national paper, INDIA NEWS.

Dr Ram Mohan believes, “Information plays a key role in shaping the society by changing people’s perceptions. And people’s perceptions, shaped by trustworthy and credible information from INDIA NEWS will not only keep them ahead of the rest, but also impart a deeper understanding of the world around them. This awareness is vital for building an informed and responsible society”.

Adviser – The Federation of Indian Communities of Queensland (FICQ) 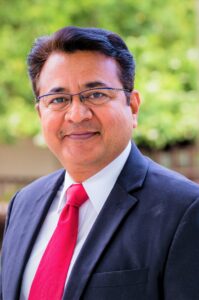 Dr Ashutosh Misra is the Editor-in-Chief of INDIA NEWS.

He is also the CEO and founding Executive Director of the Institute for Australia India Engagement (IAIE) in Brisbane. Dr Misra is a gold medallist in Master of Arts (history) from the Banaras Hindu University and completed M.Phil and PhD on India-Pakistan negotiations from the Jawaharlal Nehru University. He was awarded the prestigious Jawaharlal Nehru Memorial fellowship for his doctoral research in 1997 and 1998. Post-PhD he has worked for the United Nations in Jordan where he received a Special Letter of Commendation from Her Majesty Queen Noor al Hussein.

In 2002 he joined as one of India’s leading security expert at the Ministry of Defence’s think-tank, Manohar Parrikar Institute for Defence Studies and Analyses (IDSA). He also provided policy briefs to the Indian Parliament, Ministry of External Affairs, Ministry of Home and Ministry of Defence, and key foreign embassies including United States, United Kingdom, Australia and the European Union delegation on South Asian affairs.

Since moving to Australia in 2007, he has worked at Griffith University and the University of Queensland, which is ranked in the top 50 universities in the world. He possesses over 20 years of research experience on Indian, South Asian and international security and has an impressive publication record comprising books, refereed journal articles in A ranking journals, op-eds and policy reports.

In Australia, Dr Misra has facilitated a historic Memorandum of Understanding (MoU) between Griffith University and Sardar Vallabhbhai Patel National Police Academy in Hyderabad to promote research and practitioner’s exchanges between Indian and Australia. Between 2010-2015 he also closely engaged with the Interpol in sports corruption eradication and with India-based National Investigation Agency in counter-terrorism, Central Bureau of Investigation in corruption eradication and integrity in sports, and with UNESCO Chair at Banaras Hindu University in peace and conflict studies and multiculturalism. In 2015 he was instrumental in securing the Bar Council of India’s accreditation for the University of Queensland’s Law School to facilitate post graduate studies and higher degree research exchanges.

As one of the leading Indologists and Asianists in Australia, Dr Misra shares his expertise with the Department of Foreign Affairs and Trade, Australian Defence College and National Security College and leading universities and think-tanks India and South Asia.

Dr Misra has an impressive international media profile and contributes op-eds on India, Australia-India relations in newspapers and appears frequently in the electronic and print media in Australia, India and internationally.

As a person of very humble origin and son of a school principal in Varanasi, Dr Misra remains connected to his roots in Varanasi and contributes passionately to the rise of India and standing in international affairs. 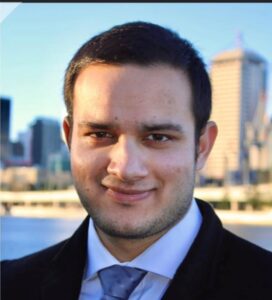 Kartik Singh is India News YouTube TV Director and anchor who has a passion to inform people with informative dimensions of complex stories. Currently, working as the news director of India News TV, Kartik has covered various critical stories such as the impact of abrogation of Article 370 from Kashmir, China’s apprehensions with growing ties between India and Taiwan, the Harris Park brawl in Sydney, etc.

He began his career as the assisting editor at Indian News Queensland (INQ). He graduated with a Mass Communications degree from the Queensland University of Technology (QUT) and has been a volunteer for many community organisations such as the Federation of Indian Communities of Queensland (FICQ), Gandhi Salt March Limited (GSML). 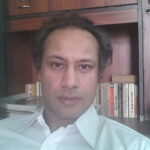 Harpreet Bhagrath, our India editor, has extensive experience in writing, editing, and the media. A Griffith University alumnus, Harpreet has been editing and managing publications in India, Australia, and Fiji for more than 18 years, and at 44, he is happily unmarried to fulfill his work commitments better. A voracious reader in his younger years, Harpreet loves reading P.G. Wodehouse when he gets time now. 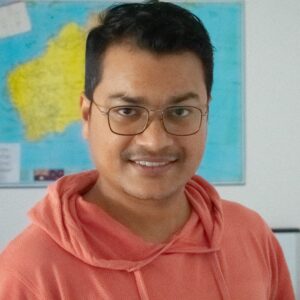 Mr Agastya Yeturi, Creative Video Producer and Editor
Agastya is a Creative Video Producer and Editor for the social media platforms of India News Australia. Based in Australia he is pursuing Masters in Digital Filmmaking at Griffith Film School, Brisbane. During his study in Film School, Agastya has produced several documentary films including Support – A documentary film on how citizens of Brisbane came forward to help international students during Covid-19 crisis.
Brisbane’s Graffiti Culture – A documentary film magnifying the thin grey line between legal and illegal Graffiti street art in Brisbane city is one of his fine works.
Before moving to Australia he worked as a Cinematographer and Video Editor at Mirage Media in Hyderabad, India. His role included filming and editing observational documentary films covering sensitive subjects like human exploitation in the country to stories of women leaders in Himalayan villages of Uttarakhand state in India. Agastya attained Bachelor of Arts in Journalism, Psychology and English from Garden City College, affiliated to Bengaluru University in India. At the university, he had been passionately involved in various student organisations like the YOUTH PRO by National Institute of Mental Health and Neuro-Sciences (NIMHANS) promoting mental health among youth in Bangalore city, India.
Agastya has submitted and published multiple research papers in the fields of Journalism and Psychology. One of his research papers, Free Speech, Boon or Bane?  is also published in the University’s annual journal. He was awarded as Student of the Year by the University as a recognition of his excellence in research.
Agastya Yeturi comes from a family of lawyers, in a small town called Madhira in the south of India and loves cameras, travel and music. He believes in “A Film is a powerful form of communication to conduct integrity in multicultural societies.”
Instagram: https://www.instagram.com/a_camel_in_the_beach