Avani finished with a total score of 445.9 to finish at third place and take the bronze medal. This is India’s 12th medal at the ongoing Tokyo Paralympics. She also became the first woman and second Indian after Joginder Singh Bedi to win more than one medal in the same edition of the Paralympics.

Bedi won a silver in shot put L6 followed by bronze medals in Javelin Throw F46 and Discus Throw L6 at the 1984 Paralympics in Stoke Mandeville.

Zhang Cuiping of China won the gold with a Paralympics record score of 457.9 while Natascha Hiltrop of Germany won the silver with a score of 457.1.

With four shooters left in the final, Avani was at fourth place while Iryna Shchtenik of Ukraine was placed third. When it mattered the most in the bronze shoot-off, Avani shot a 10.5 compared to Iryna’s 9.9, thus putting her in the third place. After shooting 10.2 compared to Zhang’s 10.3, Avani won the bronze medal with a smile on her face.

Avani will be next seen in action on Sunday in the mixed 50m rifle prone SH1 event. 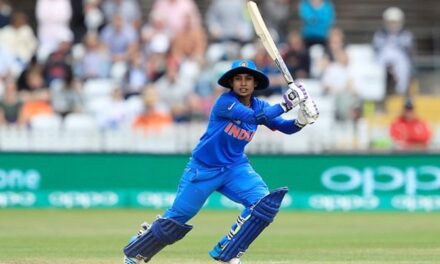